The Creative Integration of Ex-Combatants in Nepal

By Pratyush Nath Upreti February 05, 2014
As Nepal begins to re-build after its Maoist insurgency, Pratyush N. Upreti comments on the efforts of the ex-combatants to re-integrate into society. ♦

On February 13th, 1996, Maoists launched an insurgency by attacking rural police posts across the mid-western and central regions of Nepal. Before then, who had ever thought that Nepal would turn into a secular republic country? Did anyone ever imagine the easy demise of the monarchy? 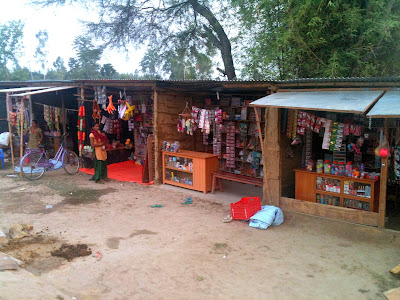 At the time many people did not believe in the Maoist ideology, and the few that did believed in the ideology but not the approach. There was also a group of people who may or may not had believed in Maoist ideology but wanted to change in Nepalese society by uprooting the monarchy and feudalism. With a vision to bring in a New Nepal, they followed the footsteps of Maoist leader’s. These groups of people are known as ex-combatants, who stayed away from home, family and friends, compromising study, pleasure, and accepting wounds, blood and bullets. After the 2006 democracy movement, initiation of peace processes gave a blur hope of the New Nepal which they dreamed of. It has been five years since the first Nepalese Constituent Assembly election and almost one and half years since its demise, and in between the country has had five prime ministers- and yet not much has changed for ex-combatants.

Last year many ex-combatants voluntarily retired from integration processes into the Nepalese army by taking relief packages from the government. But those ex-combatants, who have stayed many years from home and compromised ‘normal’ upbringings, were ultimately handed with relief package of five lakh (USD5,000). The problem was, many did not have any skills or training which would have helped them to create a livelihood for themselves. What they had was only five lakh.

Last month, when I was in Bardiya, a mid-western district in Nepal, I came across a board with the words “NAMUNA SASTO BAZAR”. The word ‘sasto bazar’ provoked me to stop and look around. After few minutes, I reached a large and bustling market. When I asked the people there I came to know that the bazaar was initiated by group of ex-combatants with the money they received from government.

They explained that the market opens from 6 am to 10pm, and was first opened in the spring of 2013. More than 14 shops belong to the ex-combatants. In my interviews with them, they informed me that after the peace processes were under way they returned home, but came to find that they were not accepted by their families and society. Many of them then migrated to Bardiya and are now supporting themselves by opening shops selling things such as mobiles, cosmetics, electronics, shoes, fancy clothes and small restaurants.

The “Namuna Sasto Bazaar” aims to replicate Kathmandu’s Bhrikuti Mandap, a large exhibition centre in the nation’s capital. Though they sound ambitious, they are quite confident that they will achieve their goals.

It is not easy for anyone to establish a market after being absent in the civil community for a certain period of time. Without support and acceptance of the local people, it is even more difficult to do so. When asked, one of the ex-combatants Juhari Prasad Adhikari said they were disappointed with a few people of community who labeled the “Namuna Sasto Bazaar” as Maoist bazaar. This has created controversy and has made others reluctant to invest and open shops in the market. Juhari wants people to clear their misconceptions. “Our purpose is not party-centric nor ex-combatant centric, it is just a start, anyone believing in any ideology and not having enough money to begin a big business is welcome.”


In order to attract customers, once a month the store owners organize a cultural function, where the local bands and performers are invited to entertain. They claim that most of the products available are cheaper than outside the market because they don’t need to pay rent for their stores. While these ex-combatants are excited about the future prospect of the market, they are also concerned about their existing problems within the market. Among the difficulties which they have, sanitation, electricity and drinking water facilities require urgent attention.

We must appreciate the character shown by these ex-combatants. After years of pain, struggle and sacrifice, they still have much hope. I salute these ex-combatants for their dedication and hard work, and most importantly their ability to adjust to their new community. They have shown us that nothing is impossible.

The small initiative taken by the ex-combatants should be given a warm welcome. They will be glad if they see any organizations, donor agencies or any individual who wants to help them in developing the “ Namuna Sasto Bazaar” to become well-organized market like Bhrikuti Mandap.

Pratyush Nath Upreti is a lawyer and activist. He holds Bachelor’s degree from India and writes regularly for both Nepali and international news. For more information, visit www.pratyushupreti.com.np. The piece was originally published in the paper edition of The Rising Nepal, 19th July, 2013, but has been subject to minor revision since.