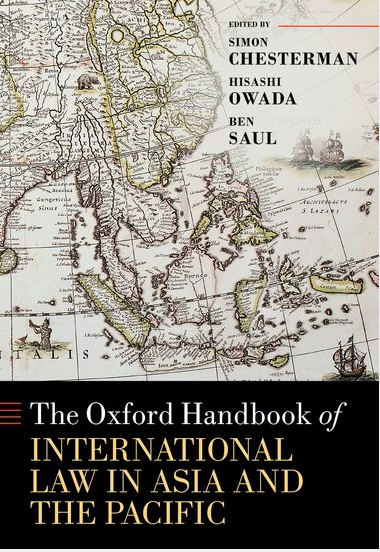 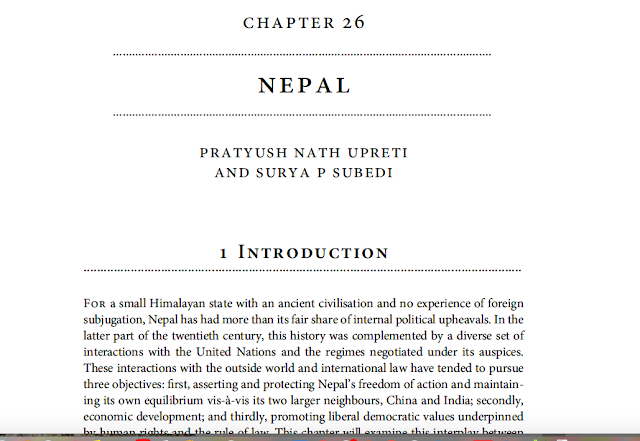 For a small Himalayan state with an ancient civilisation and no experience of foreign subjugation, Nepal has had more than its fair share of internal political upheavals. In the latter part of the twentieth century, this history was complemented by a diverse set of interactions with the United Nations and the regimes negotiated under its auspices. These interactions with the outside world and international law have tended to pursue three objectives: first, asserting and protecting Nepal’s freedom of action and maintaining its own equilibrium vis-à-vis its two larger neighbours, China and India; secondly, economic development; and thirdly, promoting liberal democratic values underpinned by human rights and the rule of law. This chapter will examine this interplay between international law on the one hand and national and international politics on the other. The chapter offers a brief history of Nepal in section 2, before considering the role of the UN in its political transition in section 3. Section 4 then considers the application of international law in the Nepalese legal system, while section 5 examines specific ways in
which international law has been used inNepalese politics to bridge normative gaps, in the context of hydro-diplomacy between India and Nepal, through the South Asian Association for Regional Cooperation (SAARC), and in the context of transit and trade rights.

By Pratyush Nath Upreti April 16, 2018
Just received a copy of my recent publication.